You have probably heard about the new Liquid Sculpey by now but if not it now comes in clear, black and white. I have only scratched the surface having just received mine but I see LOTS of potential! The one thing I noticed about the new LS is that it was not as thick as the silver or gold so it has more of a runny consistency. Obviously it will work better for certain applications than for others so it will involve some experimenting and pushing it to its limits. I wanted to use black as a type of grout and was happy with the results for the most part however I did notice when I accidentally got some of the black LS on to my piece and tried to wipe it off it smeared and stained a little. I was able to scrape some of it off but not all of it without distorting the silkscreen design. So if I was going to do this application again I would probably execute the piece differently next time. I would probably spread the LC across my base coat of clay and then place the tiles rather than trying to grout it in the traditional way. Just a tip.

Anyway today I show what I did with the Liquid Sculpey and our Create Along Pentagon graduated size cutters. I was given a great tip from Iris Weiss of Polyform and that was to make sure and bake the clear Liquid Sculpey at 300 degrees F. It will not ruin the other clay these directions come directly from the makers of the clay. However to be cautious if you are using a light or white color clay I would tent it so it doesn't discolor. Thats just my thoughts better safe than sorry. 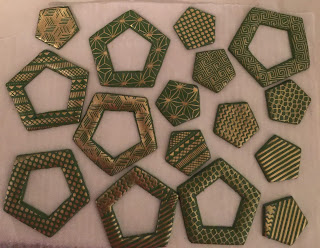 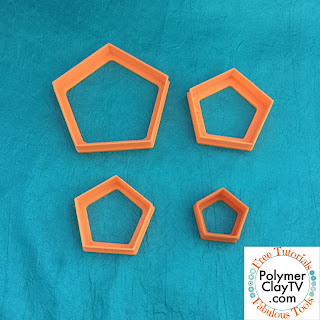 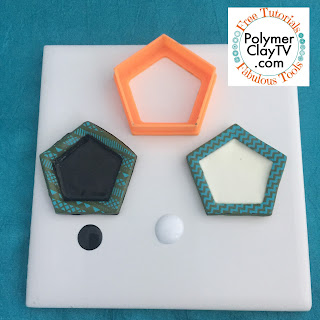 © 2022 Create Along with Polymer Clay TV. Powered by Shopify